‘Change doesn’t just happen but must be led, and deftly’

Key question addressed in this section

Think of the most effective Higher Education leader you have encountered in your career. List out what it was about this person that led you to pick them. Then compare your perspective with the research findings in Boxes 14, 15 and 16 below.

Box 14 summarises the key lessons from three decades of research and experience with effective change leadership in higher education (see Scott, 1999, Scott, Coates and Anderson, 2008; Fullan and Scott, 2009, Scott et al 2012 in the Reference Section of the site). These key lessons were discussed and endorsed during the Fellowship workshops.

What follows unpacks what these lessons mean in practical terms. The top ranking capabilities identified below can be used as a framework for reflection as you seek to build your own capability as a local Learning and Teaching Leader and can be directly applied to leading change in the area of assuring the quality of achievement standards and assessment in the courses for which you are responsible.

Exactly the same capability framework, subscales and items that have been used in studies of successful early career graduates (see Figure Two) have been used in an extensive range of studies of effective academic and professional leaders in universities and colleges around the world. Box Fifteen summarises the top 12 highest ranked items from the Learning leaders in times of change study of 500 experienced learning leaders in Australian Higher Education (Scott, Coates & Anderson, 2008). These align directly with the feedback given during the Fellowship workshops on the attributes of the most effective higher education leaders participants said they had worked with. What is noteworthy about these findings is that they have much in common with the top ranking capabilities of successful early career graduates and, like that group, by far the largest number of top ranking capabilities relate not to having high levels of skills and knowledge (something which emerges as being necessary but not sufficient for effective Learning and Teaching change leadership) but high levels of personal, interpersonal and cognitive capability. This also aligns with recent research by US researchers like Marilee Bresciani (2015) and Chade Meng Tan (Tan, 2012) on the critical role of ‘mindfulness’ in effective professional practice and change leadership in a wide range of professions. It was agreed that referring to the top ranking higher education leadership capabilities identified in Box 15 would provide an ideal way in which to reflect on and learn from experience, especially when, as a local leader, one is faced with a dilemma or a time when things are going awry. It was also noted that the capabilities have much in common with the attributes of the most effective (resilient, adaptable and sustainable) organisations.

Box 16 gives the top 12 ranked capability items and their mean importance rating specifically for the 103 experienced Heads of Program involved in the Learning Leaders research and compares this with the results for the 134 Heads of School (HOS) involved in the same study (their ranking is provided in brackets). Participants said that using these in combination with the top ranked items in Box 15 will provide a more systematic way to reflect on and learn from experience as a change leader.

A key finding from this research is that everyone, not just senior staff, is a leader of change in their own area of expertise and that local leaders are, in fact, the final arbiters of whether a desired change actually gets translated into daily practice by staff. Also, the capabilities identified in Boxes 15 and 16 align with the attributes and culture of change capable universities and colleges. So it is by populating higher education institutions with central and local leaders who have the above profile that change capable institutions are built through leaders who have these top ranking attributes modelling to their staff how to behave when change is in the air. As the Learning Leaders in Times of Change study (Scott, Coates & Anderson, 2008) and subsequent higher education change leadership research (Scott, Tilbury, Sharp and Deane, 2012) have noted this has important implications for exactly what criteria and measures are used in selection processes for leadership positions in universities and colleges and for the professional development of leaders. A detailed discussion of this issue is undertaken in Fullan and Scott (2009: Chapter 9 – Leadership selection and learning).

Indicators used to judge success as a leader

Think of a time when you really thought that you were doing an effective job in your role. List out what indicators, occurrences and evidence led you to come to this conclusion. Then compare your indicators with those from the leaders involved in studies of effective performance as a local L&T leader below.

Findings from research on effective Learning and Teaching leaders

The following indicators identified by the people in different local leadership roles in the ‘Learning leaders in times of change’ study were discussed at the workshops. Participants suggested they be included in this guide as a way for people in the same role to compare their perspective on the indicators they use to judge they are successfully implementing key changes in higher education Learning and Teaching:

Compare your results with those in Box 17.

Putting the leadership capabilities into practice 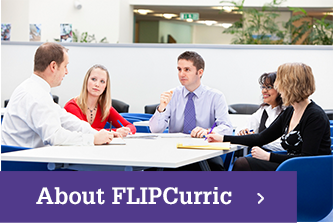